Harvey Weinstein found guilty of sexual misconduct
The landmark reckoning for the former movie producer comes after years of whispers exploded into a torrent of sexual misconduct allegations that ended his reign in Hollywood and gave rise to the #MeToo movement.[read more]
Krispy Kreme launching nationwide doughnut delivery
But you have to be near one of the 350 U.S. locations, and in most cases, you have to be 10 miles from a shop.[read more]
Two different shootings in one weekend
According to the Midland Police Department, two different shootings occurred on two separate days in Northwest Midland.[read more]
Motorcyclist taken to the hospital after hit and run in Midland
According to the Midland Police Department, the motorcyclist was taken to a local hospital with what's believed to be non-life threatening injuries.[read more]
15-year-old shot at Midland apartment complex; underage suspect arrested
The boy was taken to a local hospital and is in stable condition. The underage suspect is in custody by MPD.[read more]
Meet the K-9 keeping ECISD schools safe from drugs, guns
Diesel has been serving ECISD for seven years and has found countless illegal items.[read more]
Midland Police looking for shooting suspect; one person injured at apartment complex
According to the Midland Police Department, a victim and a witness were getting out of a vehicle at Santa Fe Apartments on West Loop 250 when a man walked towards them and fired multiple rounds in the direction of the victim.[read more]
Community members ‘walk and ride’ for veterans with PTSD
VFW Post 4149 with the help of Benchmark Mortgage held the first-ever 'Walk and Ride.'[read more]
Midland YMCA’s annual ‘Heart and Sole’ run
West Texans laced up their best tennis shoes and ran for a good cause over the weekend.[read more]
Special athletes shoot hoops
Special athletes from all over West Texas teamed up to shoot some hoops.[read more]
Share on Facebook Share on Twitter 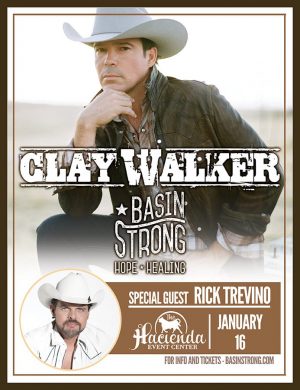